On December 7, MEE held its annual Christmas party on Zoom.

We started by telling "Two truths and a lie" which was great fun and let us know SO much about each other. I even got caught about my BFF Joanne's.

1. I got a birthday card from poet Rod McKuen for my 40th birthday.

2. My daughter Leanne and I walked the rim of the Grand Canyon.

Our gift exchange was wonderful. Local exchanges were handled by volunteers who moved things about and the club paid for the postage for out of town gifts.

My gift was from Kathie M in Calgary!

We had another great game identifying names, characters and actors from Christmas movies. Definitely not my best showing on that one! I didn't even know half of the movies referenced!
Then Joanne read a wonderful Christmas story book to us as she always does.
It was the loveliest evening.
BTW: My lie was 2. My daughter Leanne and I walked the rim of the Grand Canyon. Didn't happen.

Posted by stalbertmini at 1:58 AM 3 comments:

Art for a possible new gallery

As miniaturists, we were blessed to know Georgee Prockiw as a member of our club.

A member of her family recently commissioned the club to sell five of her roomboxes and 24 of her miniature copies of oil paintings by some of the  masters.

I was fortunate enough to purchase three of her paintings:

They are all so beautiful that I don't know which one I would favour.
Posted by stalbertmini at 12:59 AM 1 comment:

Some of the contents of the Attic -

I have looked through most of my things and found these so far.

I spent those hours while we were on the road knitting an afghan for Vern. This is the miniature. I still have the full size one;
The table is as close as I could come to the table Jonah took home last year. It belonged to Grandma and Grandpa Heuchert.
and, of course the sleeping bag. BUT our sleeping bags in the early years were DND Arctic sleeping bags -40 degrees.

in my life)...mechanics have red tool boxes...electricians have grey tool boxes.
Posted by stalbertmini at 12:02 AM 5 comments:

Well, I started this attic in the fall of 2011. Last time I posted about it is here. (Actually pretty important to read that one as it explains why I'm doing this.) I just stalled on it because I had a drop light with a button battery and switch that I planned on dropping from the ceiling. I got so hung up on using that light that I couldn't install the drywall until I knew how I was going to do it. Every few months I'd take it out, puzzle over it awhile then put it away again.

Then last Tuesday, we had a club garage sale and I spotted a battery operated light that I knew was exactly what I needed! No need to figure out how to string the wiring through the studs, where to install the switch and hide the battery.

I had already cut nine sheets of drywall (matboard) and installed the first of them on the left hand wall and across the back under the window. Note: I did cheat on the left side and back by not installing the insulation and vapour barrier so I was able to just glue the drywall to the studs.

However, as part of the story for the grandchildren involves installing insulation, vapour barrier and drywall, the right hand wall had to have those three layers so that wall had to be nailed rather than glued.

Now for the fun part - filling it. Have a lot of stuff but I'm sure I'll find that I don't have enough.
Then I have to write little stories about each item so Jonah and Holly will have some sense of their Grandpa Vern.
ASIDE: DD Leanne called yesterday morning (as she does every morning) and asked what I had been doing. Replied that I drywalled the attic, installed the light and hoped to start moving things into it. She very drily commented that she was glad she knew I was talking about miniatures because she knew it would sound a bit unusual for her 74 year old mother to be doing those things otherwise.
Although my own mother and maternal grandmother very well might have been doing that.

Posted by stalbertmini at 7:29 PM 6 comments:

Our webmaster, Tina, has updated our club website with the winners from our 2020 virtual show. We are truly blessed to have Tina in our club. She has been President, is our current workshop co-ordinator, runs the website and almost all our weekly Zoom sessions (including our garage sales.

You can see our 2019 and 2020 virtual shows there. There is also a great Tips and Hints section.

If you scroll to the very bottom to Past Events, you can click on MEE workshop She-Shed construction which will take you to the Zoom session we did on the Vignette construction, the siding from foamcore and the initial build of the She-shed. If you're more of a visual learner, this might help you follow the instructions more easily than just reading the blog.

Posted by stalbertmini at 5:02 PM No comments:

Marijke asked about the bear and traps.

Years ago, Leanne and Vern gave me a cabin (I think from Michaels). I liked it but didn't like the fact that the inside walls were smooth so I never did anything with it - except collect things to go in it. 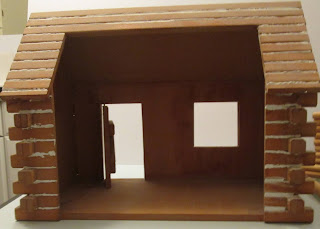 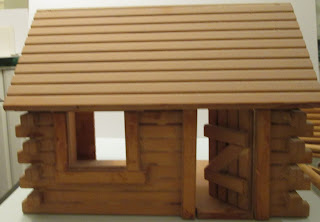 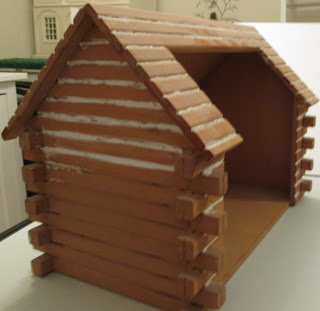 What I've collected so far:


So I bought this one at the last estate sale. Closer to what I want. 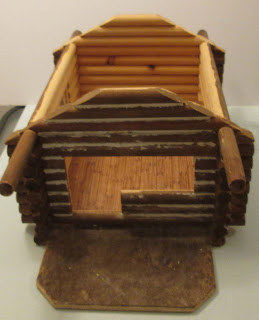 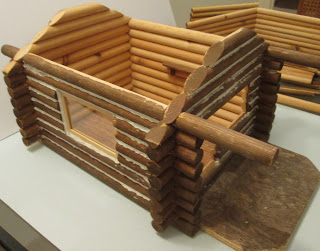 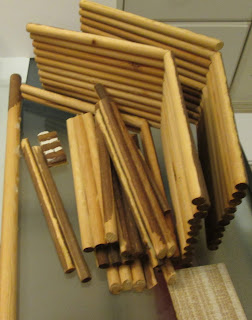 I'm hoping that I can repair the roof and make it removeable so the inside can be seen more than just through the windows...which are WAY too big for this construction so I'm hoping to add muntins so at least the windows won't be vast pieces of glass but smaller ones that at least will be more appropriate.

Anyway, that's where things stand at the moment.

My first priority is to get a roof on the She shed so will get back to that.

Posted by stalbertmini at 8:17 PM 6 comments:

My two children bought me a new computer for Christmas last year. Since then I have had nothing but problems with Microsoft.

After July, I was unable to download pictures so I didn't do anything with my blog.

Anyway, in August, M.E.E. had another Estate garage sale where I bought the following items.

So now I can keep Lorrie's piece and  use the second piece in my scene. 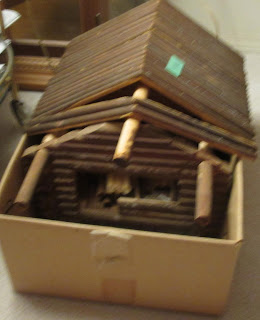