When I had the thought the other night about the Costco box, it was just that - another possibility. Something that probably could be used during the pandemic.

I am not going to start this now! Just so you know....

I have thought for probably ten years about doing a  "Secret Garden". With that in mind, I have two paper boxes plus a bit ready to go in it. 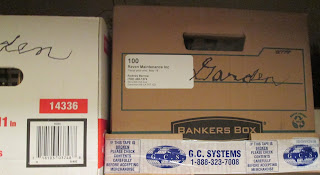 Originally,  I bought two 4' x 2' sheets of 1" thick builders foam thinking that it could be carved into stone walls. Now this box may work.

Because I don't do the outsides of buildings well, I was pleased to find (at Dollarama) six peel and stick stonework wall panel sheets (12" x 12") so I think I think about making those work. 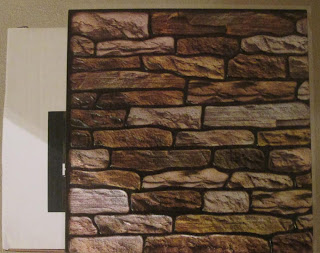 On the backburner for now...but still a possibility.