Saturday night, I started to clean out some of the books in the two bookshelves in my bedroom. Got off to a fairly good start...then I found a couple books that caught my eye. 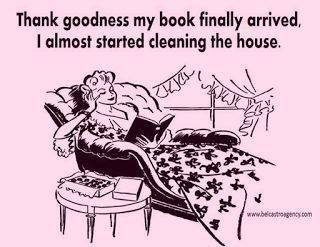 The first was "A Boy Called Hopeless by M.J." by David Melton Copyright 1977. I hadn't read it before but it drew me in from the first page. The boy was Jeremiah, M.J.'s youngest brother who was born with brain damage. It was the story of the family's work with patterning to bring him back to "normal". I could not put it down. It's a novel but was based on a number of true stories.

Then I came across "Needham's Inferno", a collection of columns written by Richard Needham of the Globe and Mail in the early 1960s. I was a huge fan at that time and attended a dinner party with him at the University of Alberta. Enjoyed a couple columns on re-reading but not a big fan now.

Today, I thought I would get a lot of cleaning done BUT saw a book on bookbub.com that caught my eye. SHOOT!!! I usual know when the book is a stand-alone and skip it when it's part of a series that I have to pay to read the rest.  This time it didn't work. So I am now reading the 3rd book in this series and have one left to go.

Hopefully tomorrow I will start mini-ing.
Posted by stalbertmini at 9:13 PM 6 comments:

Possibilities for Mirabel's roombox, other

I have just spent hours cleaning out all the pictures on my computer for 2015 - only kept about 20 out of 1600. That certainly freed up a lot of memory. Will keep at it in the next couple days but my eyes are getting tired so that's it for now. LOL

I spent some time today trying out possible furniture choices and placement in Mirabel's roombox. So far, this is what I have come up with. Not written in stone, certainly, but getting there. 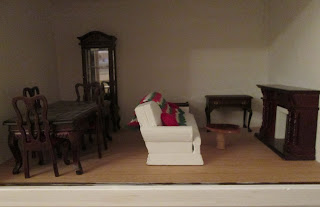 I have four strings of LED micro-lights that I got at Costco. I think I may use one of them in the ceiling of this room so I don't have to wire it other than that.

But, of course, I still have to touch up the paint, sand the floor, and decide about wallpaper.

It's coming together....
Posted by stalbertmini at 9:04 PM 4 comments:

Thanks to my dear friend, Joanne, I am the proud owner of a Lipstick Fairy made by Sue Ann (Ladybug) Thwait. I quite often keep it in my purse to show to people who aren't familiar with miniatures.

When I went through security at Edmonton International on my recent trip to Ontario to see my DS, DDIL and my grandchildren, they held my purse because there was something in it that they couldn't identify. The security officer and I went through everything I could think of with no success then he found the tube buried in the bottom of one pocket of my purse. The minute he pulled it out, I identified it immediately and he gave me permission to show him exactly what it was. 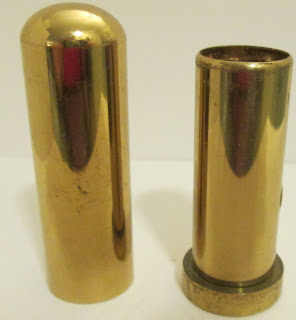 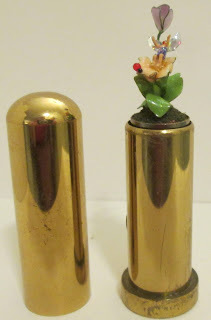 He acknowledged that it was quite unusual but suggested that I put it in my plastic bag with my liquids the next time I went through security. And I agreed.

So, on the way home, that's exactly what I did. OMG! Evidently it looks like a bullet! So the security officer doesn't let me show it to him and insists that he has to clear it with his superior before they decide whether to confiscate it. He goes to his superior then motions me over and I explain what it is. They do allow me to keep it but only after telling me they could have confiscated it because it looked like a bullet and giving me examples of items they had confiscated simply because they "looked" like contraband such as a gun-shaped soap.

I guess I will not be travelling by air with this again.

Posted by stalbertmini at 9:10 PM 6 comments:

Some work done but not much....back later

The floor is ready to sand and, perhaps, stain.

I've painted the roombox white inside and out but it still needs another coat.

I just don't have the time to do anything more with it at this time.

I'm leaving for Ontario late Tuesday night so I can see my DS Sean receive his MBA on Wednesday afternoon then will spend time with him, his fantastic wife July and my dear grandchildren, Jonah and Holly.

I will return on June 24 and after a bit of a rest, hope I'll finish Mirabel's roombox.

Talk to you all later.
Posted by stalbertmini at 8:17 PM 1 comment:

Removed the matboard from the roombox using the tabs of tape I had put on it.

I cut strips of the iron-on veneer then ironed them one at a time on the matboard. When it has cooled, I'll trim the veneer and dry-fit it again in the roombox. 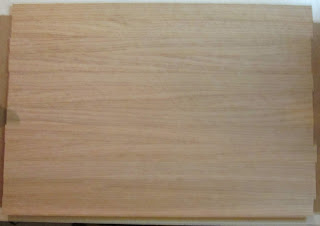 After I'm sure it fits properly, I'll remove it from the roombox and paint the outside and the inside ceiling white. Haven't decided if I'll wallpaper or paint the walls. Will have to check my stash and see what I have that will work.
Posted by stalbertmini at 7:49 PM No comments:

This is the roombox I bought from the club's latest estate sale that I will use for Mirabel's roombox. 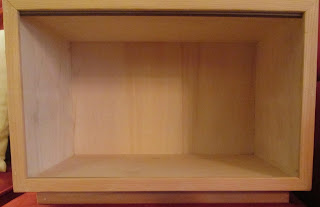 I cut a piece of matboard to fit the floor. 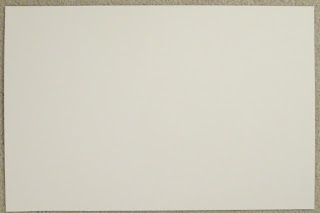 Then I put a piece of tape on both of the short sides of the matboard so I could remove it from the floor after dry-fitting it. 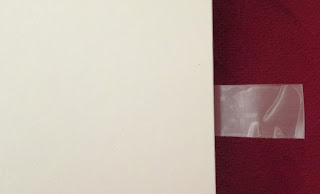 And now the piece of matboard is on the floor.

Tomorrow I will remove the floor piece and cover it with strips of iron-on strip veneer from the hardware store. (This is used to trim the edges of wood/counters to cover the bare ends of wood.)

Posted by stalbertmini at 8:26 PM 2 comments:

who have been with me in your thoughts and prayers through these last few weeks.

I know I have to get my act together and start working on the roombox for Mirabel who is the housekeeper in Mom's building. That will be on my list.

But my first thing is going to Ontario to spend a week with my son (who receives his MBA on June 19), his beautiful wife and my two wonderful grandchildren.

As I was going through Mom'd papers, I came across this:

My past is full of incredibly wonderful memories that I will never  lose.
Posted by stalbertmini at 11:15 PM 2 comments:

before I look out my balcony and not expect to see a light from my Mom's apartment?

I know she's not there anymore and we've pretty well cleaned it out except for the things that friends and charities will take. But still...

My dear Mom passed at 3:30 a.m., June 3, 2019. As she had wanted/insisted, she died at home with her daughters surrounding her with love.

I started to write a loonnng biography but erased it all as the only things that are important are:

She served her country during WWII as a CWAC.

She and Dad had four daughters who loved them both very much and were loved back in return.

Until three years ago when she had a stroke, Mom was the most incredibly active person. She would think nothing of walking up to Superstore or down to WalMart...several kilometers either way.

She took a turn for the worse about three weeks ago. We thought she might recover as she has so often after the initial stroke but this time it was not to be.

When we realized that things were so bad, Carol and Marie came out and all of us were with her 24/7 until she passed (with support from Marie's husband, Bob, and my daughter, Leanne).

After she passed and while we were all here, we shared all her belongings and cleared out her apartment. All that is left are the things that are waiting to be picked up by friends and charities.

Now we just have to deal with the pieces of our hearts that are so broken.

Posted by stalbertmini at 1:25 AM 8 comments: