And the STASH just gets BIGGER....

At our regular meeting on Tuesday, we sold out the last of the donations to the club from Janet Mann and Lorry Saunders along with a big donation of freebies from member Carol K.

I hadn't planned on buying anything but there were a few things that I had missed before so....

Tina had two bags of  'laser poop' to give away tonight....and Joanne and I were lucky enough to win them! GREAT picture frames! 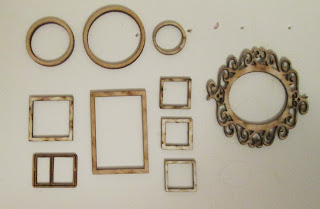 From the sales table...
Two nesting tables from NAME National 2010 by Wes and Judy Krueger. 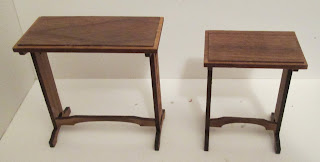 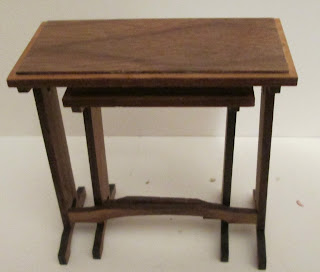 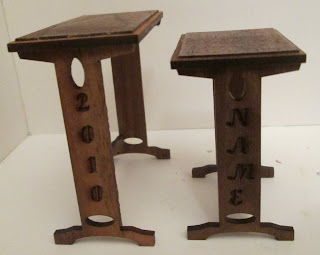 This table is very reminiscent of the table that belonged to Vern's parents. The legs are a bit different but the top, skirt and bottom shelf are very much the same. 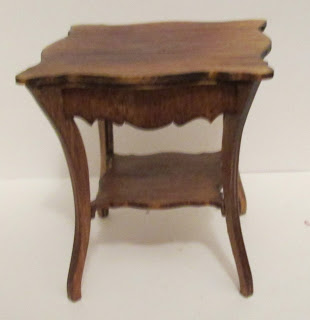 Love the fruit tray and the Christmas tray of goodies. The necklace is lovely and will enjoy using the macrame plant hanger in a scene. 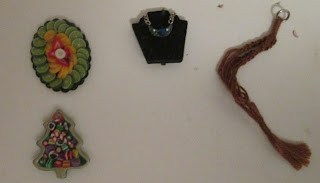 These towels are beautifully done and can definitely use them somewhere.

I need a baseball bat for Vern's Attic and this was so beautifully done (and inexpensive) that I had to have it! Certainly easier than making it myself.

Thank you, Carol K., for these things.

I also got about a 2' x 2' piece of lacy fabric from Carol. I took a picture of it against my red couch but there is not really anything that will do it justice. A bit stiff but will work for drapes/curtains that don't have to be pleated.
Know where some things will go eventually but some (as always) are on hold for that 'perfect' place to put them.

So what else is new? LOL!

Posted by stalbertmini at 12:15 AM No comments:

A neighbour called me yesterday morning. She was cleaning out 'little stuff' that had belonged to her mother and asked if I would be interested. Of course, I said "Yes".


Will have great fun finding places for these.

Sorry it's taken so long for me to check in.

I went to Peterborough to spend Hallowe'en with my grandchildren. The second night I was there was the Great Pumpkin Carving Contest. One family was away at a hockey tournament so wasn't as big as usual but was a great time.

Had a great time with Sean, Julie and the grandchildren. Was there to see Jonah move up to intermediate class in archery and saw some of Holly's dance classes.

Came home on the night of November 3 (to winter) and on November 4, a group of miniature friends joined me for a Mini Day Out where we decorated 38 mini tables for Meals on Wheels. Special thanks to Judy S. and Bev A. who kept plugging away all day and did about half the tables between the two of them. 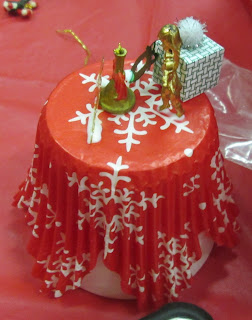 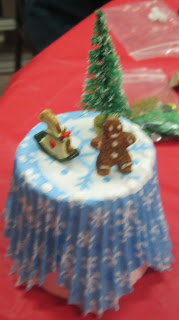 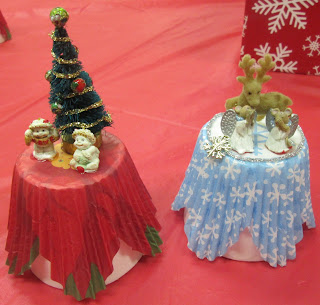 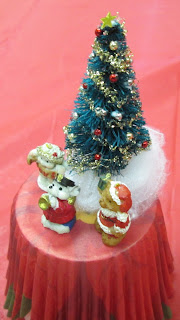 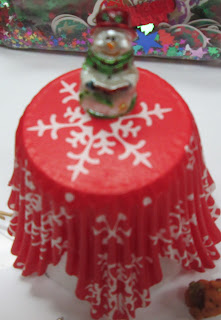 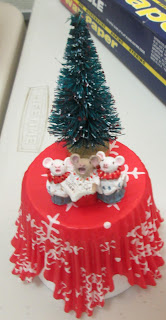 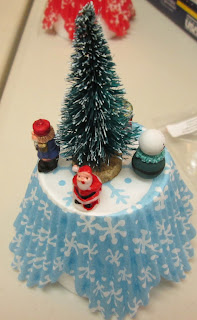 All the tables we finished.

Fellow Board member, Joan (who drives for Meals on Wheels) and I delivered them to the Senior Centre on Thursday night as we had a meeting of condo owners there that night. The co-ordinator called Joan Friday morning and told us how pleased she was with them and how wonderful everyone thought they were.

A couple weeks earlier I had found a bag of artificial snow at Dollarama and since I was out of miniature salads, I decided to make some on Saturday. 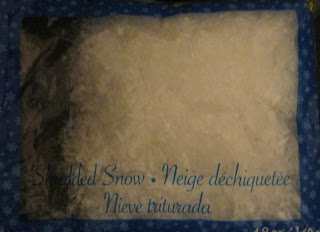 I took about 5 cups of the 'snow' and put a cup each in five 7" x 8" ziploc bags. I then chose 5 different shades of green acrylic paint  and squirted about a teaspoon of paint in each ziploc bag and mooshed it around until all the snow was covered.  Then I emptied each bag on to a separate sheet of paper towel and spread it out to dry.

When it was all dry, I combined everything into one large ziploc bag and, ta-da, salad. I gave the miniaturists who wanted some a smaller ziploc bag filled with salad and some whole red peppercorn for cherry tomatoes. 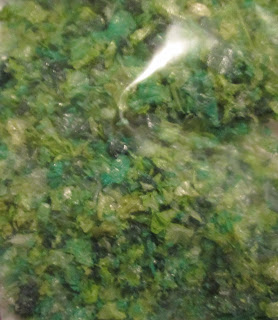 In a way, I was disappointed in this particular bag of snow in that the flakes weren't as finely cut as the last bag I got years ago. On the other hand, there are some nice bigger pieces that will make good pieces of lettuce for sandwiches.

Cheryl H., who joined us from Nova Scotia, brought strings of bead angels that she bought at Michael's. She carefully took them apart then made wonderful little angels for us.


Last week was busy with meetings but other than a breakfast with old co-workers tomorrow, this week looks pretty quiet so far.
Posted by stalbertmini at 7:56 PM No comments: